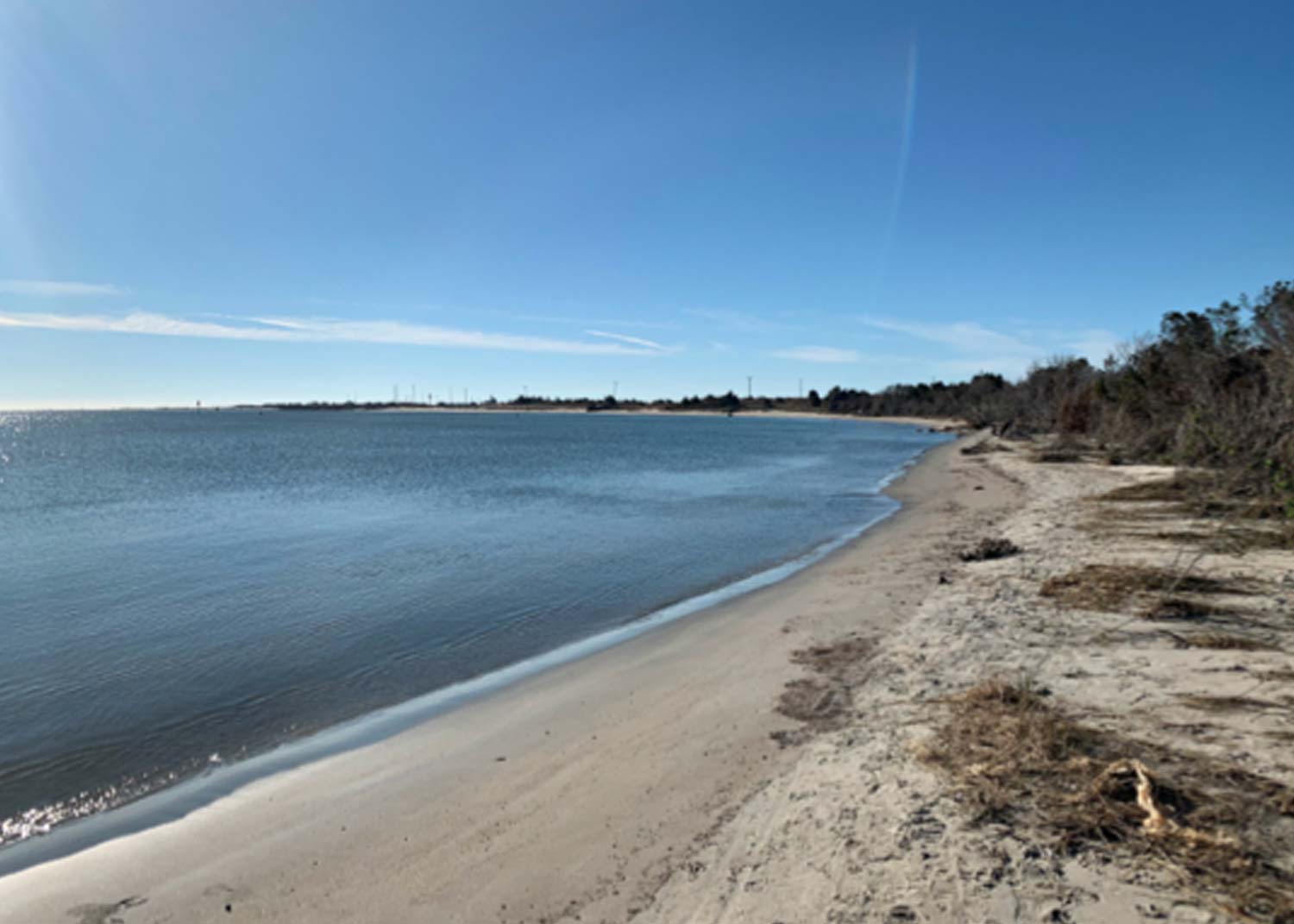 Take a stroll along the beach where the waves are gentle, (and generally non-existent), but the views are outstanding. As a result of this calm terrain, the beach is a popular destination for kayaking, stand-up paddle boarding, fishing, and other watersports that are best enjoyed in flat and shallow waters. The area can also be a great shelling destination. Originally called the Inlet Island, it was created in the 1930s as part of a larger plan to create a deeper shipping channel and to build port facilities in Morehead City.

The island was originally owned by the U.S. Navy, but after World War II, the territory was sold to private investors. In 1947, the investors decided to build a 280’ foot tower on Inlet Island to establish a new radio station – WMBL. It was at this time that Inlet Island became known instead as “Radio Island.” Located between Morehead City and Beaufort in Carteret County, the beach is managed by Carteret County Parks and Recreation.

“Located barely off the beaten path, and yet easy to reach, this local beach is a hidden ‘gem’ of a destination that both visiting and local beach-goers adore.”