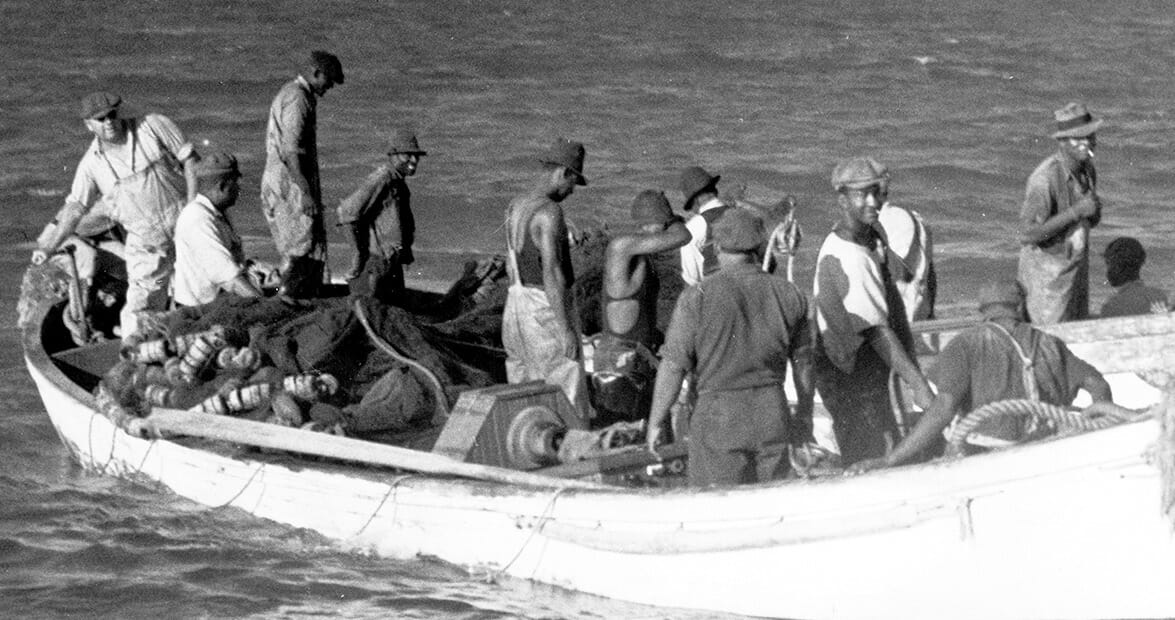 A New Era
Our History

Prior to Europeans arriving in what is now known as Beaufort, the seaport town was an Indian fishing village. According to legend, Beaufort was called “Fish Town” or “Fishtowne” during the 1600s because American Indians used the waters for their fishing grounds.

From the beginning, fishing was the industry that Beaufort depended on to survive.

Menhaden: The fish that built Beaufort.

Menhaden became synonymous with Beaufort. The name menhaden was spawned from the Native American word munnawhatteaug — that which manures.

Hardly appetizing, most people have always called it shad. The menhaden has also been called Pogey, Bunker, Fatback, Bugfish, and Bugmouth.

Menhaden processing started in North Carolina shortly after the Civil War, though it wasn’t until the 1890s that menhaden factories began netting some real success.

Menhaden was a year-round fishery in Beaufort, and natives could often smell the fish being reduced in town, calling it “the smell of money”. That smell — was part of Beaufort’s culture and identity.

The shad season began in May and lasted through mid-January.

The shad industry is what built Beaufort. 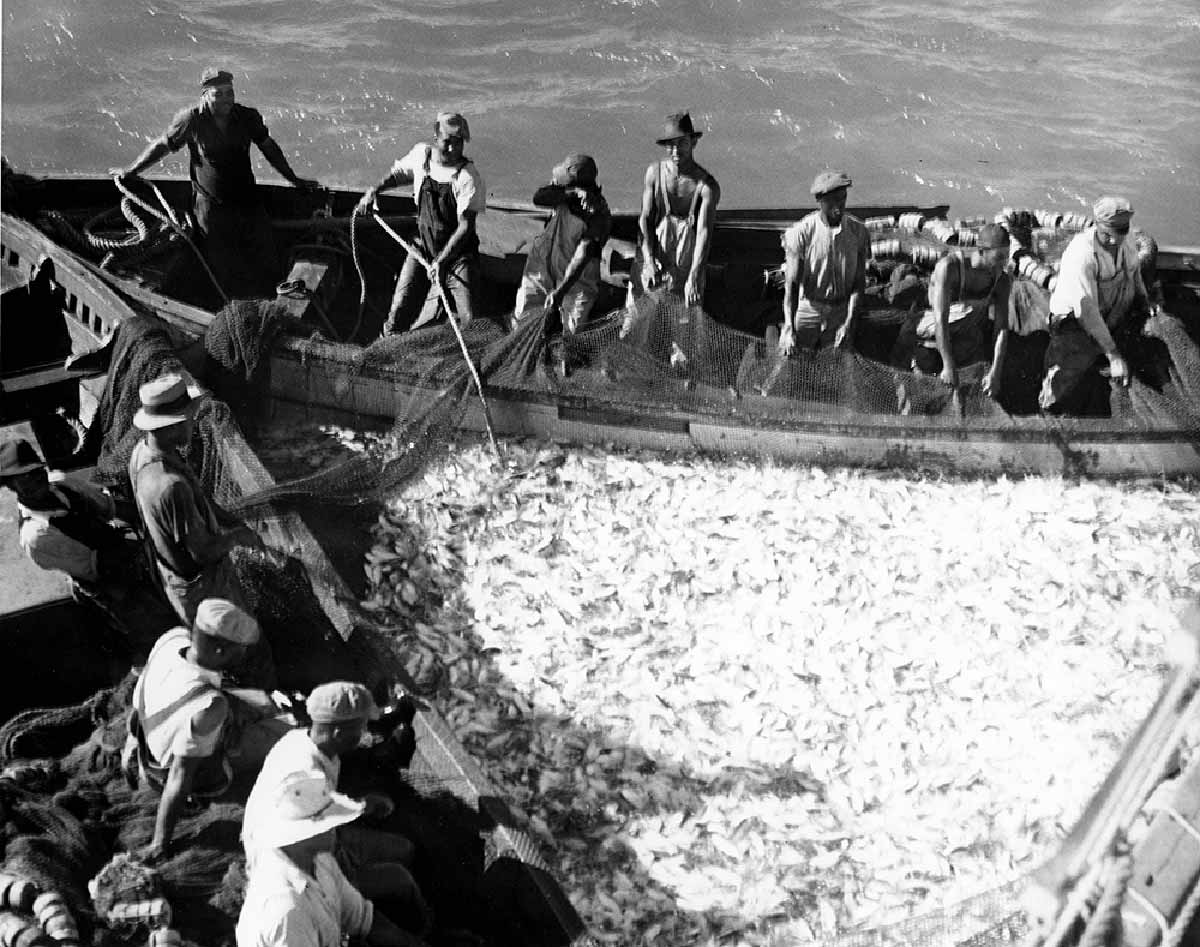 Menhaden were caught in massive nets and then brought to Beaufort for processing. Reduction of menhaden generated products that were ground into fertilizer or minced into meal for cat food and dog food. This fish was also cooked and squeezed to extract their oil for use in paint, linoleum, soap, and Omega-3 dietary supplements.

When the bows of the two boats came close together and the net closed, or pursed, at the bottom, this kept the menhaden from escaping. Each boat was boarded by at least a dozen men — almost exclusively black — who encircled the school of menhaden with a purse seine net.

The most difficult task for the men was raising the net. Often these nets were bulging with tens of thousands of fish, literally tons of fish. The menhaden had to be densely packed for bailing onto the mother boat. This was backbreaking process labor that demanded these men work together — pulling the net together — in unison. In order to keep everyone synchronized, the men sang songs that were known as chanteys. The workers wrote the words to the songs themselves. These bluesy songs often carried whiffs of homesickness and longing since they were often out to sea for months at a time.

In 1934, one of Beaufort’s menhaden fish processing plants was acquired from the Mace family and became Beaufort Fisheries, Inc. This plant operated for the next 75 years. According to Jule Wheatly, the founder’s grandson, the company only had to close once in its history, but it managed to survive. 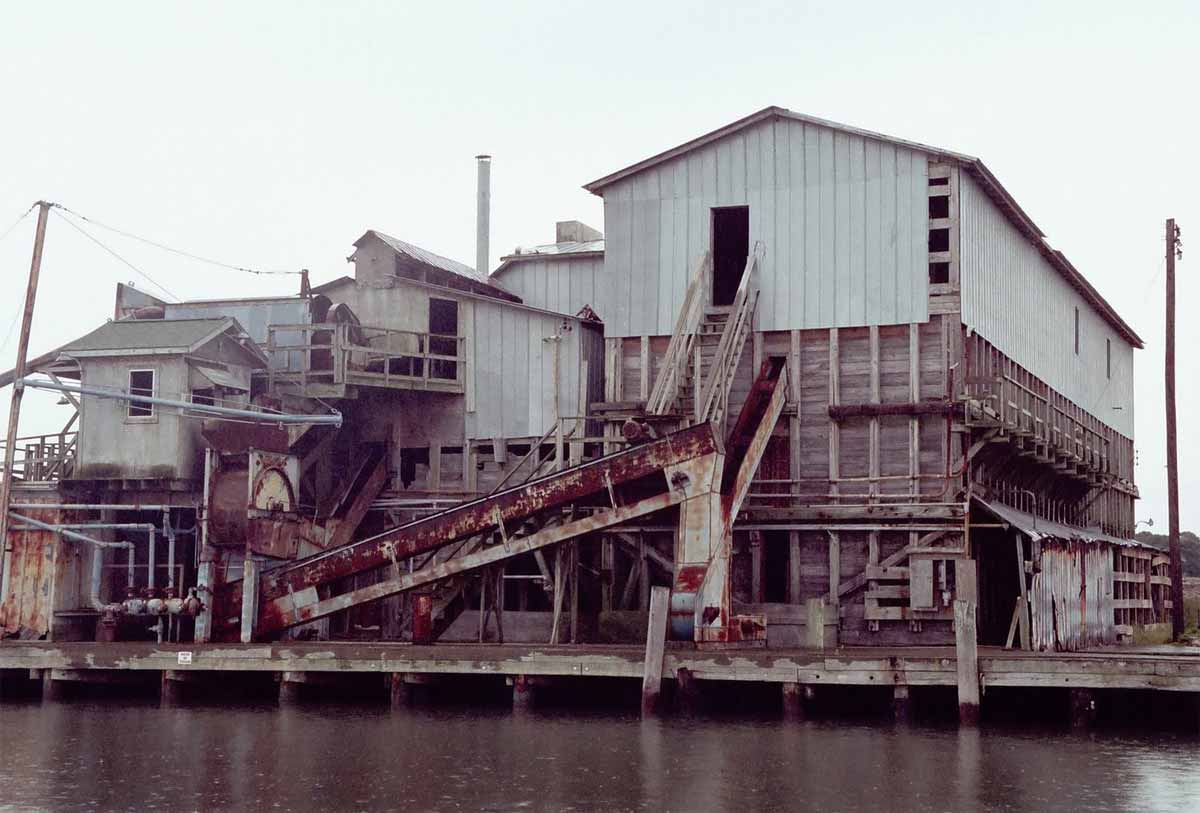 The North Carolina menhaden fishery flourished up into the late 1960s. Beaufort was no exception. Beaufort Fisheries, Inc. would process about 110,000 pounds of fish meal an hour from start to finish.

Landings in the state accounted for about 70 percent of the South Atlantic fishery and accounting for about 20 percent of the total annual catch. At its height there were seven major reduction factories in North Carolina; with four operating in Beaufort.

It was not uncommon to see over one hundred shad boats in Taylor’s Creek and docked along Front Street.

As time changes, the end of one era brings a new one.

In the 1970s, the state’s menhaden fishery began to decline due to a reduction in the numbers of fish and competition from foreign sources.

Beaufort was also changing. At that time, Beaufort was angling for a bigger fish — the tourism industry. Beaufort began attracting vacationers and retirees from inland cities and northern states.

Beaufort’s draw has always been, and continues to be, the waterfront. With the fishing industry on the decline, the town needed to rely on tourism.

Driven by high real estate prices driven by development, combined with the high costs of maintaining aging equipment, Beaufort Fisheries, Inc. decided it was time to sell. There were other factors involved with their decision from increasing complaints about the smell to increasing regulations. The last menhaden factory in North Carolina, Beaufort Fisheries, Inc., closed its doors in 2005. A few years later the structure was razed.

The BoatHouse at Front Street Village was built in the former menhaden plant location.

The Age of Environmental Responsibility.

To prepare the site for the development of The BoatHouse at Front Street Village, 530 tons of waste and debris, 915,340 tons of steel, and 5,112 gallons of oil were recycled during demolition of the property. Over 10,000 tons of concrete were recycled and reused for construction, as part of the design. The BoatHouse emerged as a first-class marina meeting all NC Green Marina Standards and continues to be environmentally friendly.

In 2019, the Beaufort Hotel, was built on the property and has emerged as a leader in promoting environmental responsibility.

Today, the Beaufort Hotel has become an outstanding green partner and plans to be a role model as the first full-service hotel in Carteret County that has been recognized by the NC GreenTravel Initiative.

The menhaden industry is gone now, but images continue to endure.

Although nothing remains of the structure, an old net reel is located on the grounds of the Beaufort Hotel. This giant net reel has become a lasting icon of the Menhaden Industry in Beaufort.

Menhaden fishermen’s purse seines would dry on net spreads, with their floats and warps dangling low to the shore. At one time, three or four net reels for drying purse seines stood on pilings at Beaufort Fisheries, Inc.

A purse seine (pronounced “sane”) is a giant net that fishermen use to encircle and capture a very large group or “school” of fish, particularly menhaden.

You can step back in time to the Menhaden fishing era in Beaufort. Photos from local photographer Scott Taylor can be found inside 34° North Restaurant. 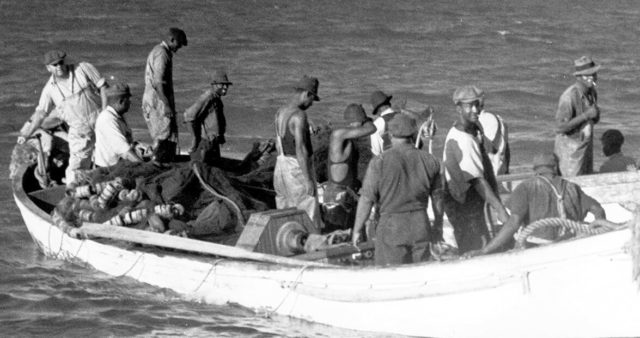 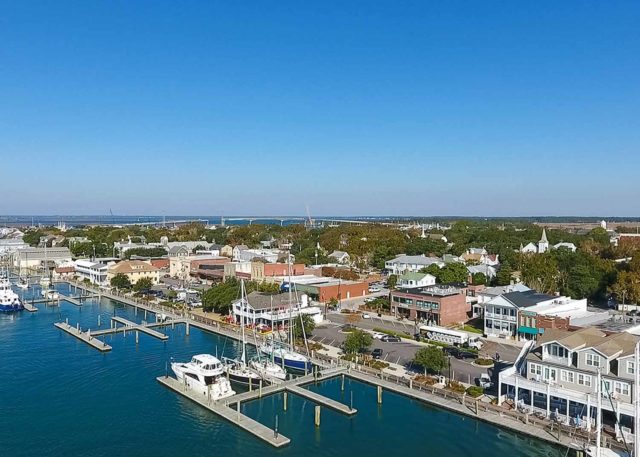 Exclusive AAA/CAA Rates – Save 10%
At the Beaufort Hotel NC your AAA/CAA membership is valuable even when you’re off the road.