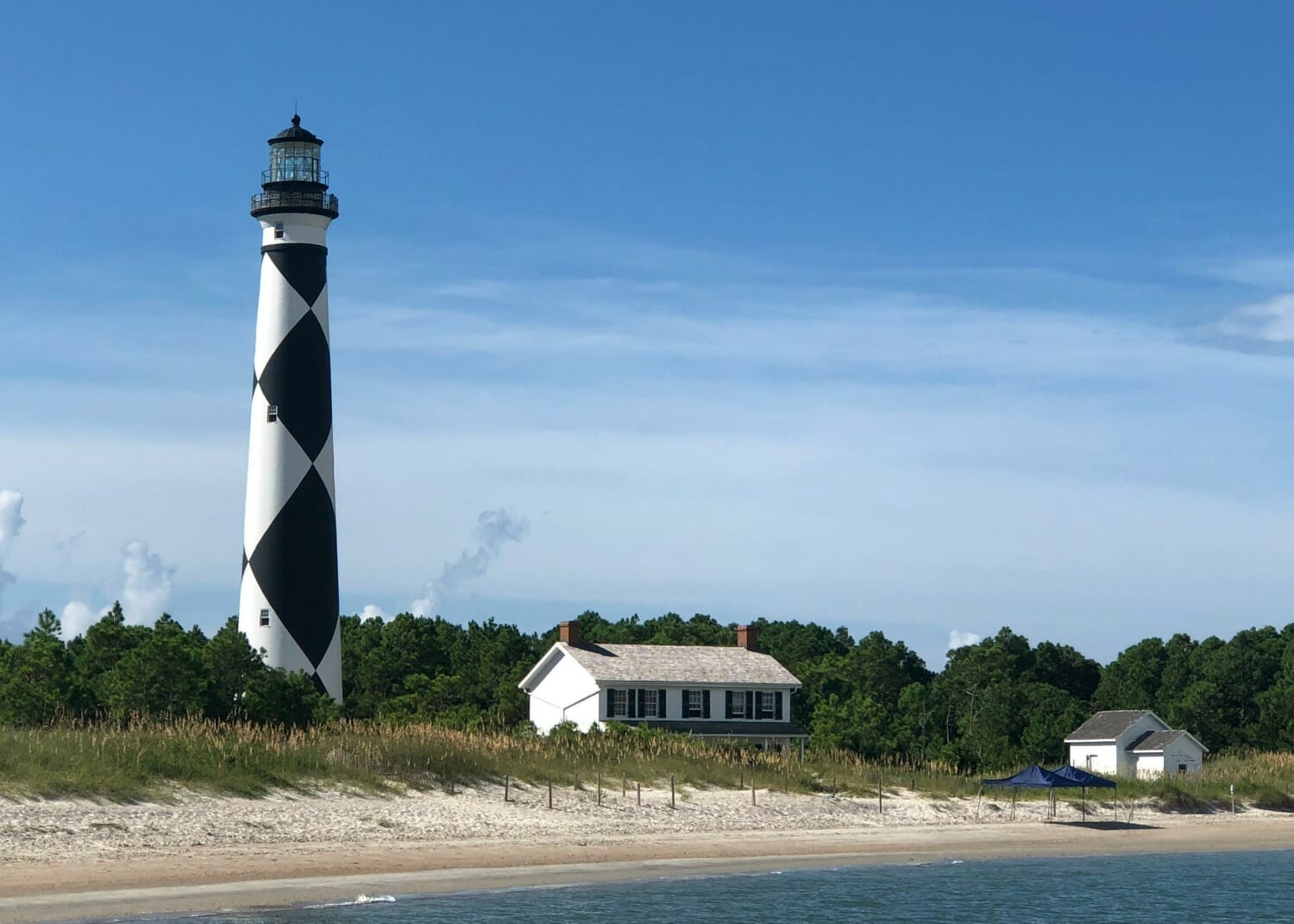 The Cape Lookout National Seashore is well known for its isolated beaches and great shells, and the Cape Lookout Lighthouse is a just stroll away from the local ocean-facing shoreline.

Cape Lookout National Seashore protects a 56-mile stretch of barrier islands on the North Carolina coast. These undeveloped beaches provide vital nesting grounds for sea turtles and shorebirds and a herd of wild horses roam free on Shackleford Banks. The Cape Lookout lighthouse and two historic villages offer a glimpse into the lives of people who made their living on the edge of the sea.

Cape Lookout is highlighted by Reader’s Digest (among international delights like Dubai, Portugal and Barbuda) for not only its iconic lighthouse and shimmering beaches, but also its wealth of shells to be found such as knobbed whelks, bay scallops, scotch bonnets and more.

Please note: Lighthouse climbs will not be available until 2023 due to renovations.

Need to know before you go…

You will be departing from Cape Lookout Visitors Center in Harkers Island, NC.

You must provide your own transportation to the ferry service.

Important: Please plan accordingly and take into account your drive time from the hotel to reach the ferry.

Enjoy a scenic ferry ride from Island Express Ferry Service to Cape Lookout National Seashore. On this gorgeous 15-20 minute ferry ride to Cape Lookout, you may catch a glimpse of the Shackleford Banks horses, bottlenose dolphins, sea turtles, and more! Enjoy the majestic Cape Lookout lighthouse, surf fishing, wide beaches, and the beach shuttle to get you to the best shelling on the eastern seaboard! Cape Lookout offers something amazing for every traveler, whether you’re interested in collecting the most beautiful seashells in the area, going for a swim, or exploring the lighthouse. Discovering the North Carolina shoreline starts with your Island Express ferry ride! Once the ferry docks at Cape Lookout guests can purchase additional tickets to climb the lighthouse on site.

Important: Upon receiving your hotel confirmation please contact our Front Desk staff at 252-728-3000 to reserve your ferry departure date and time.

What Not to Bring: 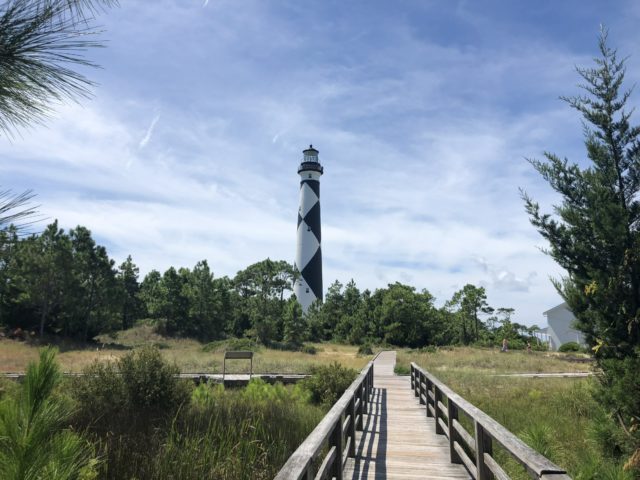 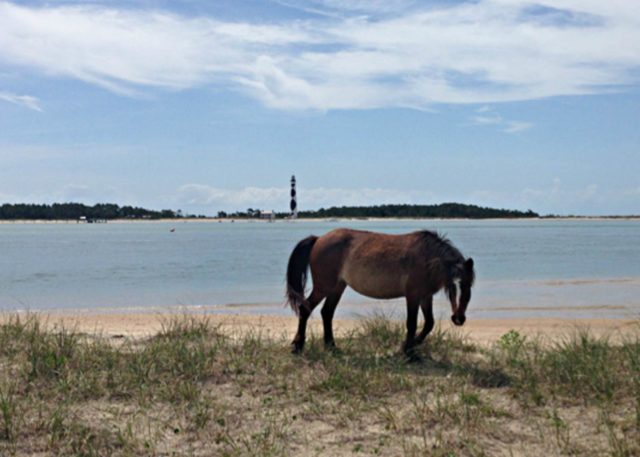 The History of the Cape Lookout Lighthouse

The current lighthouse was built in the late 1850s, and is the second lighthouse to stand at this isolated spot along the National Seashore. Replacing an 1812 lighthouse that only extended 96’ ft. tall and was therefore ineffective for mariners well offshore, this “new” 1859 structure reached 163’ ft. into the sky, and was outfitted with a first-order Fresnel lens which allowed the beacon to illuminate the region. The ensuing 12-19 mile range of the light was essential, as Cape Lookout is adjacent to shifting sandbars and massive currents, and as a result, serves as the final resting place for centuries of shipwrecks.

Though it officially went into operation in 1859, it wasn’t painted its distinctive diamond pattern until 1873, which distinguished it from other lighthouses along the Outer Banks. (In fact, if it wasn’t for the different patterns of paint, the Bodie Island Lighthouse in the Northern Outer Banks and the Cape Lookout Lighthouse would be nearly identical.)

One of the reasons for the delay in the painting was the onset of the Civil War, which nearly destroyed the lighthouse in its entirety. After Union Troops took over the closest towns of Beaufort and Morehead City in 1862, the lighthouse became their property. In 1864, Confederate soldiers tried to destroy the structure by sneaking on to the isolated beaches, however this attempt to turn the lighthouse into ruins was unsuccessful. (The operation did severely damage the lighthouse’s staircase and its oil supply, however.) Regardless, after the war ended, the moderately-damaged lighthouse was returned to its former glory, and a better-performing iron staircase was installed to replace the original wooden one.

The lighthouse served the coastline admirably for nearly a century until it was automated in 1950, and eventually converted into a popular attraction within the Cape Lookout National Seashore.