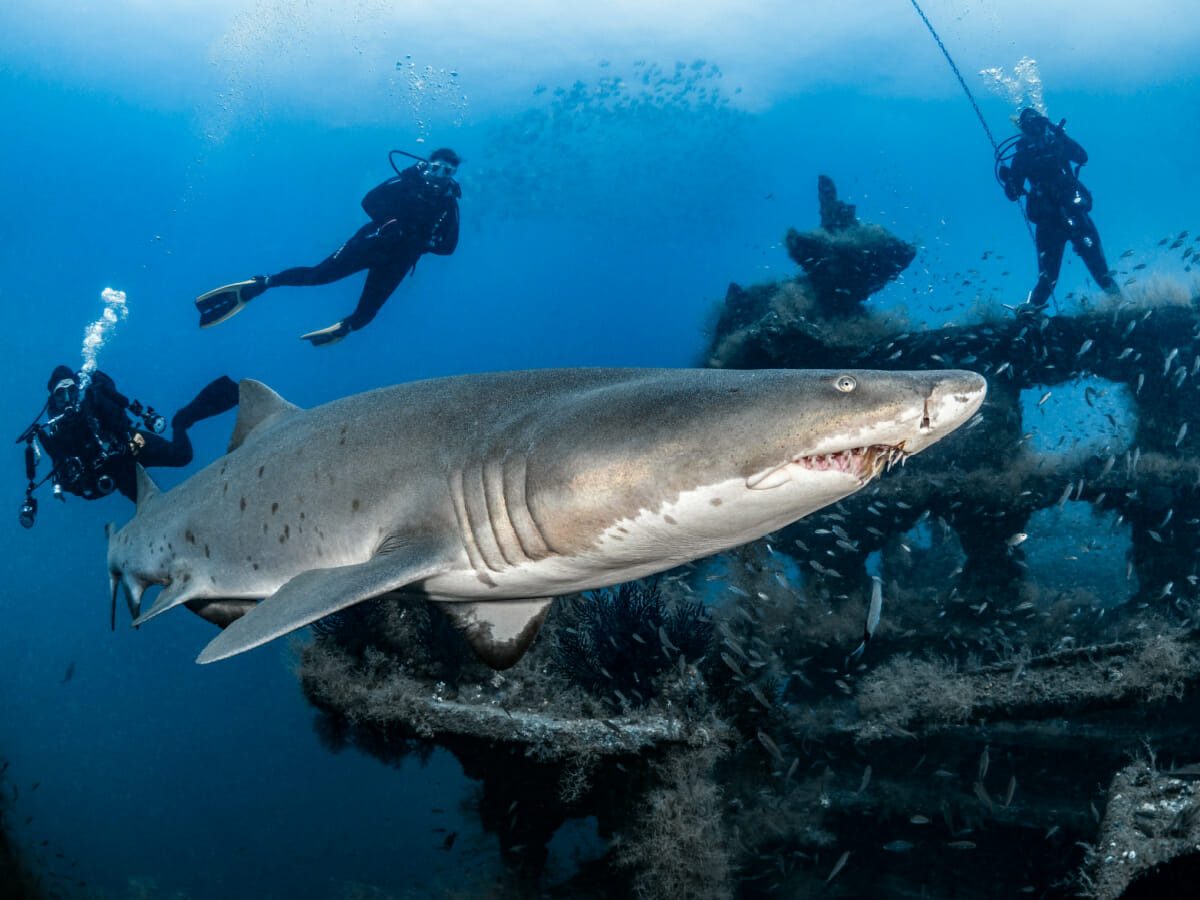 The Graveyard of the Atlantic

Scuba diving in North Carolina is truly an incredible experience. Fed by the warm clear waters of the Gulfstream, we have incredible visibility and comfortable temperatures making North Carolina Diving always top rated by scuba enthusiasts and dive publications.

North Carolina is also referred to as the “Graveyard of the Atlantic.” More than 2,000 ships have sunk in these waters since people began keeping records in 1526, and Olympus Dive Center knows the best wrecks to dive off the coast of North Carolina. So if North Carolina wreck diving is what you’re interested in, they are your premier dive charter with the knowledge and experience to show you a great time.

The Graveyard of the Atlantic gets its name from the estimated 2000 shipwrecks scattered along the North Carolina coastline. Consistently voted #1 Wreck Diving in North America by Scuba Diving magazine’s Readers’ Poll, many of these historic vessels are accessible to divers.

Some of the most impressive wrecks are the World War II casualties – vessels fallen prey to Hitler’s U-boat fleet as they traversed the offshore waters. Tankers, cargo ships, British fishing trawlers and even German submarines, form impressive underwater monuments to this tumultuous segment of our maritime heritage. Among others, a World War I gunboat, a late 18th-century schooner, and an early 20th-century luxury liner exist in North Carolina’s unparalleled collection of dive-able history.

Want to know details about the sites before you see them? Visit all 19 wreck sites on their website.

“We explored the Indra, and JFF Tugs. We saw a ton of marine life, and I found a 3″ Megalodon Shark Tooth! We also had the opportunity to dive the U-352, always one of my favorites. ”